They primarily cite the ongoing downtrend, which began when BTC was rejected at $10,400 at the start of June. From the looks of it, the move lower has been bearish: the cryptocurrency has printed a series of lower highs and lower lows, a trend with no end in sight.

When you factor in market volume, Bitcoin’s medium-term outlook isn’t that much better. Referencing how volume trends also imply that the cryptocurrency market is in a downtrend, a trader said:

“A couple more clues developing that lend themselves to HTF distribution. 1. Rising Demand on the verge of failing. 2. Side by side, ascent vs descent with selling the dominant pressure from volume.” The analyst added that should the distribution scenario play out, Bitcoin could fall under $7,000.

Yet there’s a historical fractal suggesting that just because BTC was rejected at $10,500 and is in a downtrend doesn’t mean it’s bearish.

Bitcoin May Not Be That Bearish After All, Fractal Shows

Believe it or not, the chart below isn’t depicting BTC’s price action over the past few weeks. What the chart depicts is the price of Apple’s stock from a period many years ago, when the asset was trading under triple digits.

An analyst shared in on July 3rd, drawing connections between the chart and Bitcoin’s recent price action. As can be seen in the first segment of this article, Apple over this historic time frame and BTC now look eerily similar.

Both have strong rallies into a range, a false breakout, and then a retracement to range lows.

In the historical case of Apple, the asset rallied after its retracement to range lows. In the ongoing case of Bitcoin, it has as it has slunk back to range lows. 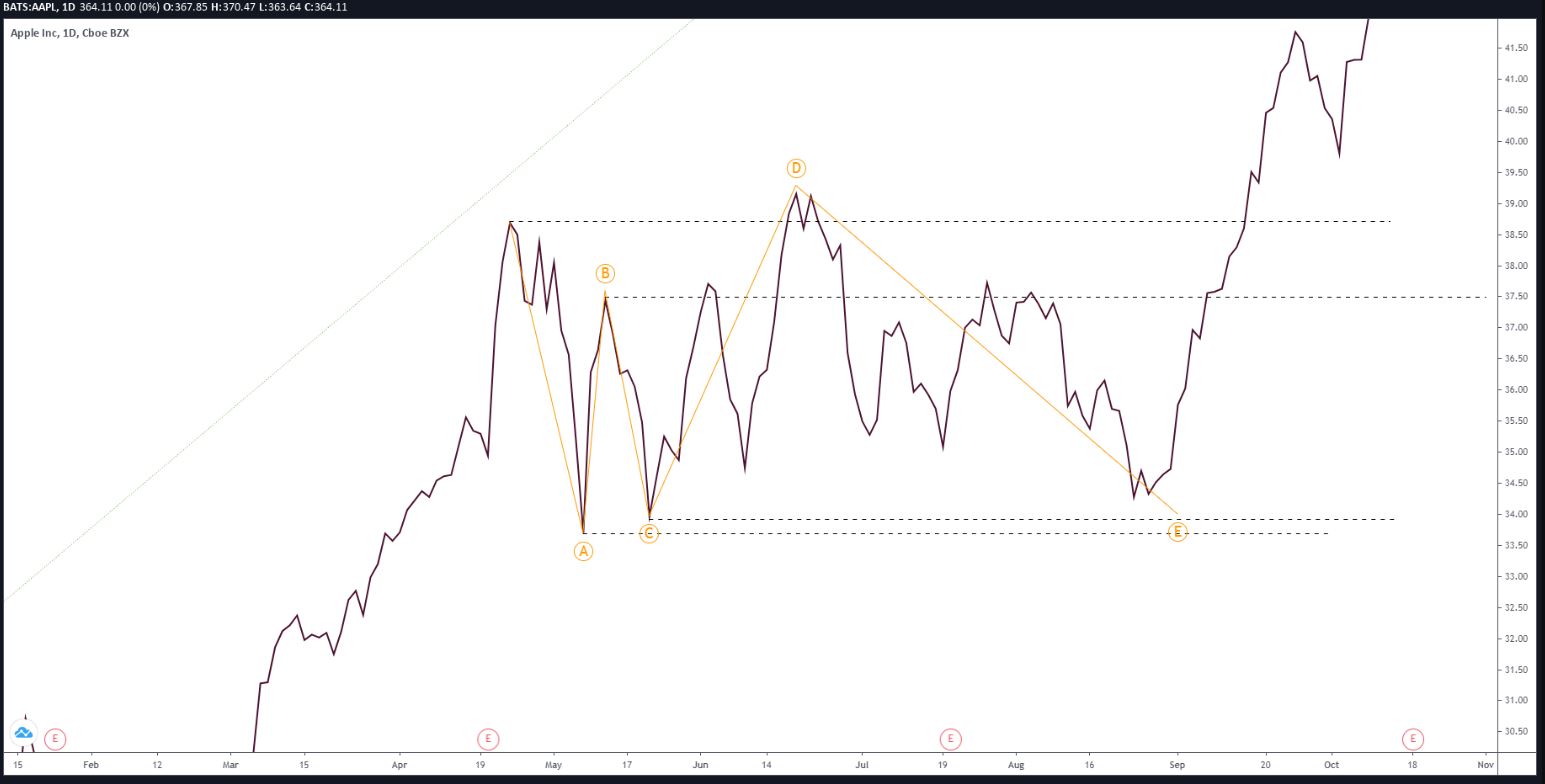 Not the Only Optimist

The trader mentioned above isn’t the only one suggesting that Bitcoin’s ongoing range is actually bullish, despite the sentiment of the majority.

The analyst who predicted Bitcoin would see a V-shaped reversal in March shared the chart below two weeks ago. Like the chart above, it implies that Bitcoin will break above the ongoing consolidation to $10,000 and b eyond.

Separately, the trader noted in another analysis that Bitcoin could soon see an “inverse $6,000 capitulation” if it holds $10,000.

WARNING!! BITCOIN BEARS WILL GET REKT!!! GET READY FOR A HUGE BITCOIN BREAKOUT!!

With #bitcoin still remaining in the ascending triangle for now, can it gain enough support and volume to bounce from the $11600 range back up to break the … source YouTube

Spreading the love for Bitcoin Cash to three friends at once. Do it at your home town. Very addictive giving away money and encourage adoption. When a new … source YouTube

[ad_1] China’s Center for Information and Industry Development has revised its cryptocurrency project rankings. Thirty-seven crypto projects were evaluated overall and in three sub-categories. Bitcoin has risen while the top three spots remained occupied by […]