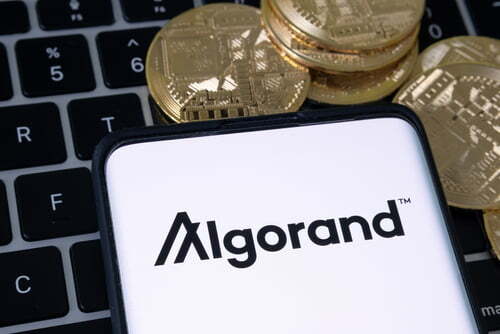 Algorand ALGO/USD will be the official blockchain sponsor of this year’s FIFA World Cup. The partnership will be immense in terms of bringing publicity for the blockchain. Still, that hasn’t stopped the native token ALGO from crashing.

In a market characterized by corrections, ALGO traded up 0.20% in the last 24 hours on Friday. However, the token remains in the red zone, with a loss of 5.46% in the last one week. ALGO is reeling from a failed breakout at $0.34. The sentiment remains weak across the crypto sector, with ALGO staring at more losses.

Data by DeFi Llama shows that the total value locked in Algorand is $208.35 million. The TVL is a drop from $231 million on August 8 when the token attempted to breach $0.36. The fall indicates the drop of assets in the protocol that could set the price on a downward spiral. The TVL is still a significant jump from merely $100 million at the start of July.

Technical indicators point to a weakening momentum on ALGO. The token trades below the 21-day and 50-day moving averages. The potential bottom for ALGO is $0.29. If the bear weakness persists, the token could crash to new lows. Bulls must quickly take charge if the price is to be sustained. A lasting bullish momentum is possible if the token overcomes the $0.36 resistance.

Algorand is still bearish, with the next bottom at $0.29. The price remains vulnerable to new lows if bulls do not arrest the decline.